While Kingston is probably one of the safer places in Ontario and I have no qualms about hitting up a local pub such as PJ Murphys or Red House; there are still a few places in the area where I just don’t feel comfortable going to.

The Shorelines Casino in Gananoque is one of them. I’m not sure why. It’s spacious. It has restrictions in place. Face coverings are mandatory. There is screening upon entry and plenty of hand sanitizer stations.

Yet I just don’t feel comfortable going there. Or maybe – I don’t want to go there. Since the casino closed temporarily and we went into lockdown I started playing more at online casinos. One thing I really enjoy about online casinos is the variety of slot machines out there. As a Guns N Roses fan for example I can play an actual GNR slot machine. As a soccer fan there is a large selection of soccer slots to play. I think that’s the appeal for me; I’m not restricted to what slot machines are currently in place and aren’t occupied. I can play one of thousands of slot machines at any time.

I thought it might be a good idea to highlight some of those slot machines on the site so others can try them. One that has really taken my interest lately is the new Tarzan slot, created by Microgaming.

Microgaming, the software developer based in the Isle of Man behind the hundreds of great games at the Jackpot City casino, has greeted this fall with a brand new title that all the fans will love. Once again taking on the popular story of the child raised by apes to become a veritable king of the jungle, Microgaming, together with independent game developer Gameburger Studios, brings the mysterious city of Opar to life.

Tarzan, born John Clayton II, Viscount Greystoke, was first introduced by writer Edgar Rice Burroughs in the novel “Tarzan of the Apes” released in 1914. He is a feral child who is raised by apes after an aviation accident leaves him and his family stranded in the western coastal jungles of equatorial Africa. After the death of his parents, the child is adopted by a tribe of apes and raised as one of their own.

Growing up, Tarzan becomes a skilled hunter and a fearsome fighter, so much so that Kerchak, the leader of his ape tribe, attempts to kill him. Of course, our “White Skin” protagonist wins the fight, becoming the “King of the Apes” in the process. When another group of explorers is stranded in the area, Tarzan has his first encounter with civilization in the person of Jane Porter, who later becomes his love interest.

Tarzan has been the protagonist of two dozen books written by Burroughs himself and more than a dozen others by other authors. His adventures were the inspiration for several films released as early as 1918, with the latest released in 2016 (The Legend of Tarzan, directed by David Yates, with Alexander Skarsgård in the main role). He was also featured in several animated movies and series, TV series, and even comics, both as a newspaper strip and dedicated comic book editions.

The Jewels of Opar 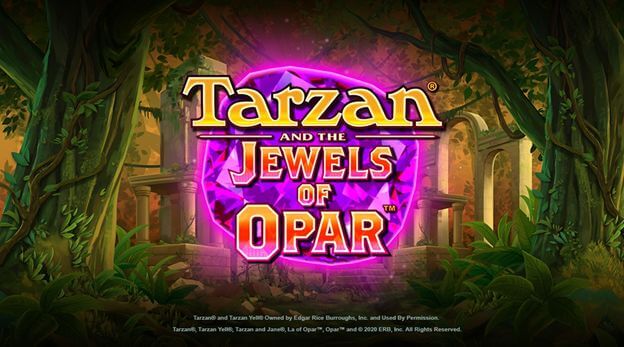 Opar is a fictional city that has been featured in several novels by Burroughs and other authors, first mentioned in the second Tarzan novel – The Return of Tarzan – released in 1913. Actually, it’s a lost colony of Atlanteans located deep in the jungles of Africa and, like all other lost cities, it is filled with riches beyond imagination. The inhabitants of the city show a surprising deformity: while the females seem perfectly human, the males are ape-like brutes.

In “Tarzan and the Jewels of Opar”, published in 1916, Tarzan returns to the lost city but he is secretly followed by a corrupt officer who tries to lay hands on the riches hidden there. The novel has been adapted to the screen in 1921 and into a Marvel comic book series called “Tarzan, Lord of the Jungle”, in 1977.

In the latest collaboration of Microgaming and Gameburger Studios, Tarzan once again returns to the lost city of Opar to draw on the riches hidden there. Lost cities and hidden riches have always been a source of inspiration for slot machine developers – this time, in turn, the location featured in the game is truly famous. The game was built based on a license agreement between the developer and Edgar Rice Burroughs, Inc.

The game that resulted from the collaboration between the two is beautiful, high-energy, and fast-paced. Built on a backdrop of a rich, green jungle, it’s the perfect title to binge during the fall and winter. The game comes with five reels, three rows, and 20 win lines, along with features like random wilds (left behind by Tarzan doing his iconic swing across the play area), free spins, and Scatter Jackpots that can pay up to 5,000 times the player bets.

“Gameburger has pulled off another incredibly fun and playable game in Tarzan and the Jewels of Opar”, Microgaming’s Director of Games Andrew Booth said, “which has all the hallmarks of a classic Microgaming title.” During the weeks it spent as an exclusive with a select few operators, the game was constantly among the most-played titles. Now that the game has left exclusivity, it can be enjoyed by players across the entire Microgaming network, including popular outlets like JackpotCity Casino, starting October 20. 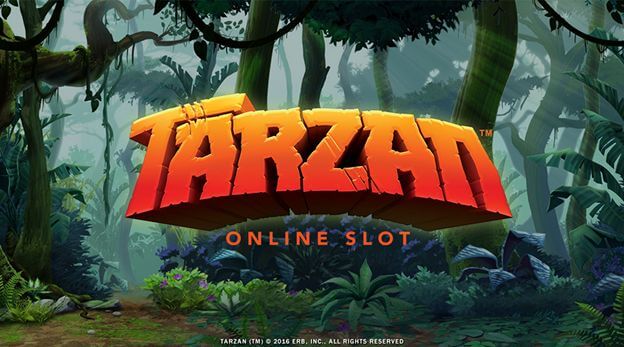 Microgaming is not at its first Tarzan-themed slot machine. The first title inspired by the adventures of the famous King of the Apes was released in 2016, developed by its in-house studio Quickfire Games. The slot machine has five reels, three rows, and 40 win lines, and comes with a series of fun features to trigger, including his iconic jungle yell and vine swings. To make things more interesting, Microgaming added a few great features to the game, including bonuses, jackpots, and its signature Rolling Reels feature.

Branded slot machines are a hit

“Tarzan and the Jewels of Opar” is the latest in a series of branded slot machines that have been launched across Microgaming-powered online gaming outlets like the JackpotCity Online Casino. Most of them are inspired by popular on-screen properties – and they are not singular to online outlets either. Las Vegas casinos are filled with slot machines inspired by popular movie and TV franchises – but game shows and reality shows are not an exception from this rule either.

Microgaming has released several popular online slots inspired by successful movies over the years. Among them, you’ll find beloved franchises like Jurassic Park and its revival, Jurassic World, Terminator – with Terminator II: Judgment Day getting the slot machine treatment in 2014 -, and Halloween, which was released across Microgaming’s network in the wake of the slasher franchise’s 40-year anniversary (and return to the silver screen). In the real-life gaming industry, games and solutions provider IGT also has an impressive selection of branded games, covering properties ranging from classics like Charlie’s Angels and Baywatch to modern-day productions like American Gods. Some of these brands go beyond movies and TV, though – IGT also offers a popular game terminal inspired by the work of singer-songwriter Adam Levine, also known for his recurring role on the television series “American Horror Story”.