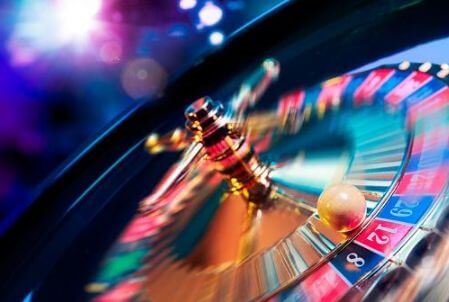 Gambling is referred to as the wagering of an asset or item of value on an uncertain outcome intending to win something of value. According to the Washington Post, the gambling industry worldwide was worth over $44 billion in 2021. Canada’s gambling revenue in 2021 hit $2.65 billion.

Gambling in Canada was officially legalised in 1985. Each province or territory has its own laws and regulations for both online and offline casino activities. However, offshore gambling is allowed in all provinces.

The following are 5 of the main casinos games enjoyed by Canadians:

This is a game consisting of a wheel and a small ball. A wager is placed on which compartment of the revolving wheel the small ball will rest in.   Blaise Pascal is the Frenchman who is credited with devising this game in the 18th century. The American-style roulette evolved from having the wheel placed on top of the table so as to curb widespread cheating by the gamblers and operators. The online version of Roulette has continued gaining popularity in Canadian casinos due to accessibility and the ease of play.

Slot machines are a form of gambling that does not require the mastery of any skill. Once the machine is loaded with credits, the lever is pulled and this spins the reels. When the machine stops at the winning combination of symbols, the player has won. It is impossible to predict the result of future spins since each spin is random and independent. Online versions of the game work in much the same way with the only difference is that instead of a lever, the player will click on the push button. Online gaming sites will help you choose a game suitable to your playing style.

The first slot machine was invented by Charles Fey in California, in 1887, moving north into Canada.

Bingo was discovered by a toy manufacturer Edwin Lowe in Atlanta, Georgia, in 1929. It was adopted across North America mostly by churches for fundraising activities. It is usually a social event within a community where people have snacks as they play, catching up on local gossip.

The online version of bingo has allowed Canadians to play the game from the comfort of their own homes. The difference in the online variations of bingo is how many numbers are on the card and how many get called.

With a strategy similar to that of a coin toss, baccarat starts with 2 cards dealt respectively to a player hand and a bank hand. A bet is placed on either hand, that which is closest to 9. Correctly betting on a winning player hand gives a 1 to 1 payout, while a winning banking hand qualifies for a 1 to 1 pay out less 5% commission. A winning tie bet gives an 8 to 1 payout. These gaming websites clearly explain how to play baccarat at an elite level.

In poker, a player places a bet hoping that he holds the best hand or giving this impression. The opponent players then abandon what they are holding allowing the player to ‘capture the pot’. A standard 52 card deck is used. Poker chips with different colours represent dollar values. 2 to 10 players can play the game.

The future of the industry is looking quite different especially with the changes brought about by the Covid-19 pandemic. Affordable smart mobile phones and universal internet have catalysed the shift from brick and mortar facilities to online gambling. In 2021, $1.2 billion in revenue was released from a number of online video casinos.