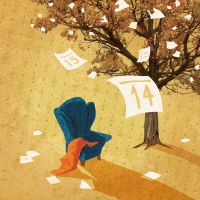 The name may ring a bell – it was actually made into a TV movie before, starring Hank Azaria and Jack Lemmon.

It’s a fantastic dramedy, which is both hilarious and emotional. It features Mitch Albom covering his relationship with a former teacher – Morrie – who has ALS. What starts as a brief reconnection turns into a weekly relationship.

This play has received major compliments from the likes of Variety, New York Magazine and New York Daily News – who described it as a touching, life-affirming emotional drama”, adding that it has some good humour to it.

It goes on for 90 minutes and there is no intermission. Quick note that on September 12th, the performance at 2:30pm is an American Sign Language interpreted performance.

Every Tuesday to Saturday, there’s a showing at 8pm. Also on Wednesdays, Saturday and Sundays there is a matinee at 2:30pm.