The Wilderness Of Manitoba 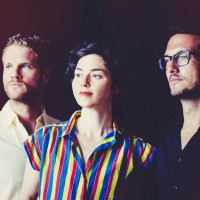 When it comes to great Indie bands, you won’t find one much better then The Wilderness of Manitoba.

They have only been performing for 4 years but have already accomplished so much in that short period of time.

They have released 3 albums, been nominated for 2 Canadian Folk Music awards, shared the stage with some legendary talent like Robert Plant and have toured all over the globe including; the UK, The United States and Canada.

They will be at The Mansion on Friday, October 24th. Joining them will be Grey Lands