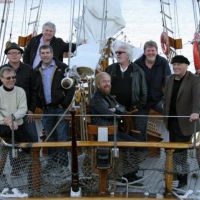 The Irish Rovers are a band that began in Toronto, yet features performers that were all born in Ireland.

The Irish Rovers formed many, many years ago and to celebrate the launch of their new album, which in itself is celebrating their 50th Anniversary Tour, the Irish Rovers are coming to Kingston.

This is part of what they call their last world tour – as after this, they will generally stick to festivals and staying in the same location for multiple days. So it may be one of the last times, if not the last time, that you get to see the Irish Rovers in Kingston.

So don’t miss out on seeing the Irish Rovers. They come to Kingston one night only on November 18th, 2015.

They are playing at the Grand Theatre.