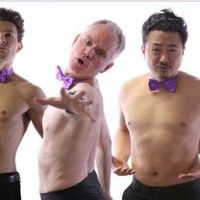 The Comic Strippers are coming back to Kingston by popular demand!

The 2016 Canadian Comedy Award Winners have a brand new show which takes place at the Grand Theatre.

It’s 19+ but there’s no extreme nudity – just lots of laughs instead.

Buy tickets or read more about it below.