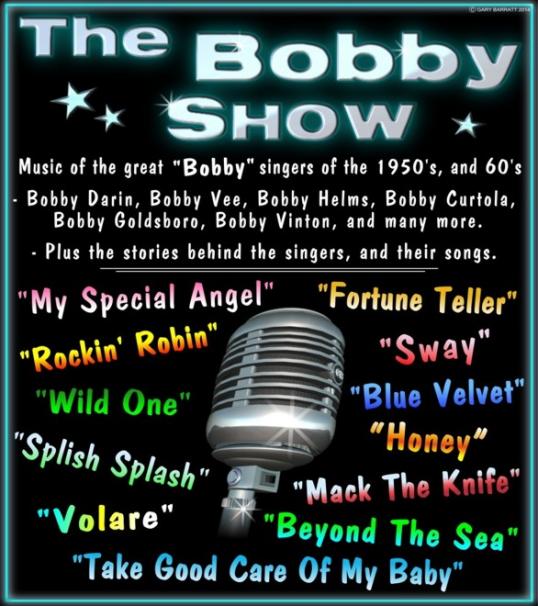 Get transported back to the 50’s and 60’s when many of the famous male singers of the world were named Bobby.

The Bobby Show comes to the Grand Theatre on November 8th, 2014.

Featuring timeless classics like; Mack the Knife, Under the Sea, Rockin Robin and many more.

These are some of the best songs ever written and will be a fantastic show. The last time The Bobby Show was in Kingston it was a sold out performance that got amazing reviews