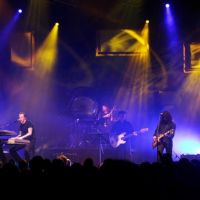 Albums they have played include The Eagles Greatest hits, Pink Floyd Dark Side of the Moon and Led Zeppelin II.

They’re now coming to Kingston to perform one of SUpertramps iconic albums – although we’re not actually sure which one. The Grand Theatre website lists it as Breakfast in America, while ClassicAlbumsLive.com lists it as Crime of the Century.

Either way, if you’re a Supertramp fan then don’t miss out on this show. It takes place at the Grand Theatre on November 26th, at 7:30pm.