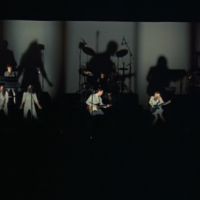 As part of Cinematica’s Summer Rock Tour Concert Film Series – get down to the Screening Room on Thursday, August 6th to check out Stop Making Sense.

This great documentary is all about The Talking Heads, as they go on tour. It was the Speaking in Tongues album tour.

It’s a fascinating movie that is just amazing – and moreso for the music than anything else. There’s nothing better than watching the Talking Heads in concert, and the performance they put in is just amazing.

Directed by Jonathan Demme, Stop Making Sense is at 7pm on August 6th.