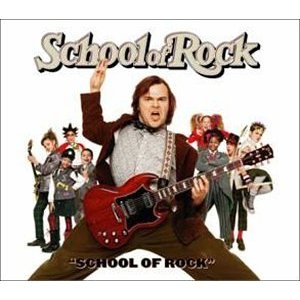 With Movies in the Square winding down, and the school season drastically coming closer and closer for the kids, how about a comedy movie based on school?

It’s the perfect timing for School of Rock starring Jack Black. Black is a failure of a rock star, kicked out of his band just before battle of the bands, who poses as a substitute teacher. He then attempts to turn this class into a rock band.

This is a solid comedy, with Jack Black at his best. Some very tight writing, some great casting choices and lot of comedy. If you’re looking at this and going “Jack Black, ugh” then throw those thoughts out of your head – this is a great movie and Black really brings it here.

Be sure to take the kids – it’ll get their minds off of school then they’ll start thinking “Man, I wish that was our school”.