One Last Night With Mata Hari 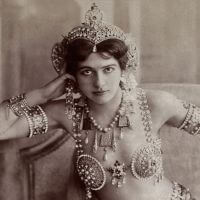 One Last Night With Mata Hari is a performance put on at the Isabel and is a World Premier.

It’s on January 11th-January 22nd on every night except Monday, January 16th.

It’s 8pm most days except on the Sundays when it’s 2pm.

The music is by John Burge and it’s directed and written by Craig Walker.