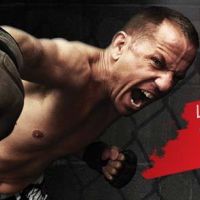 There’ll be local fighters featured on the card as well as fighters from outside of Kingston.

As more updates are released we’ll update this page.