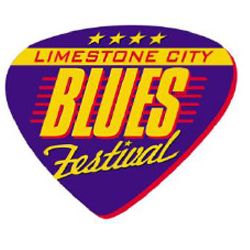 Has it really been 18 years already? 2014 is the 18th annual Limestone City Blues Festival, and it’s hitting Kingston in late August!

The Blues Festival kicks off on Thursday, August 21st and goes all the way through till Sunday, August 24th.

The full schedule is yet to be released, but so far we have:

August 21st: OLG Confederation Park Stage at 7pm, with Harrison Kennedy as the headliner.
August 22nd: Princess Street Stage at 7pm, opening with Kim Pollard and headlining is Lincoln Durham.
August 23rd: Springer Market Square for the big one, starting at 7pm and headlining is Tommy Castro & The PainKillers. Opening for them will be Quinn Sullivan and Irene Torres & The Sugar Devils.

These are all great performers, and this should be a fantastic weekend.

As always – the cost is cheap. So so cheap. $10 for an admission bracelet which covers every single performance – you just can’t beat that.