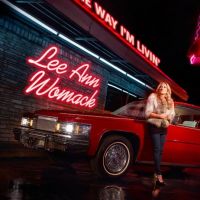 The amazing country singer Lee Ann Womack will be performing in Kingston on Friday, January 13th 2017.

It may be unlucky for some but it won’t be a day unlucky for the people who have tickets to this great event. As Lee Ann Womack presents her first album in many years, The Way I’m Livin’, which was nominated twice for the Grammys at the Grand Theatre.

This will be her first ever time performing in Kingston.