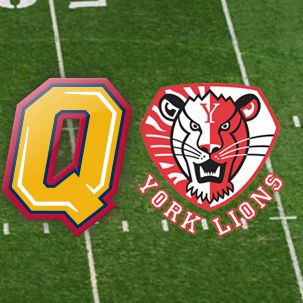 It’s the game you don’t want to miss! The big homecoming game and it is the Golden Gaels taking on the York Lions in what should be a great game.

Queens did not play York last season, but in their homecoming game they beat the #4 ranked Guelph in an easy 37-23 victory in a fantastic come from behind victory.

These homecoming games are always massive, and if there is one game you want to attend for the Gaels it’s this one. The atmosphere is electric, and the Gaels always perform when it comes to these games.

The homecoming game this year is on Saturday, October 18th 2014 and is the 2nd last game of the regular season. The Gaels will then head to Carleton to wrap it up.