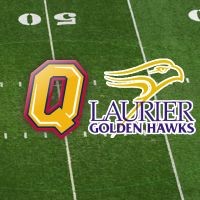 The homecoming game for Queens is the last game of the season, and it takes place on Saturday, October 24th.

If there’s one Gaels game you don’t want to miss it’s this one – and we’ll be hoping for a big victory for the Golden Gaels.

The last time the Gaels played the Golden Hawks, the Gaels ran out 40-34 winners. That was actually a fantastic game – and also a homecoming game – as it went to overtime, and Aaron Gazendham was the one to pull off an amazing play. He blocked a field goal, then managed to turn it into a touchdown which was just insane.

We’ll be hoping for more heroics in the 2015 Homecoming game from the Gaels.