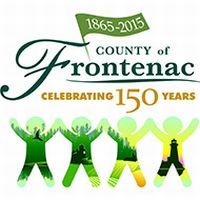 Get in the car on Saturday, August 30th and head out Highway 38 to Harrowsmith, for the County of Frontenacs 150th Anniversary Celebration!

Taking place August 28th-August 30th 2015 at Centennial Park, there’s an absolute ton to do there.

Days and times of the event:

A full schedule is on the website below but just some examples of what is going on in Harrowsmith this weekend:

And that’s barely the tip of the icberg. It’s going to be a great few days. Don’t miss out.