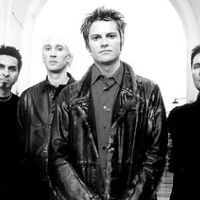 Head on over to the Mansion on August 12th, to see Econoline Crush in action.

Econoline Crush are an alternate rock band who have been around in 1992. They had separated for awhile but reunited in 2007 and will be hitting Kingston with a great show.

Also playing with them will be Lost Cousins, which are an Indie Rock band, and Select-O-Matic, an Indie band. Both bands are from Kingston.

This will be an epic event and well worth the money. Here is one of Econoline Crush’s songs – All That You Are.