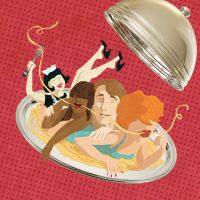 Don’t Dress For Dinner is a comedy play taking place at Springer Theatre, in Gananoque.

It is a sequel to the very popular Boeing Boening. It features Bernard, who is planning a weekend of romance – with his mistress, as his wife is away for the weekend. Bernard tells his wife that his best friend Robert is visiting for the weekend – but that just makes Bernards wife want to plan her OWN romantic weekend – with Robert.

It has received critical acclaim from the likes of Variety, Entertainment Weekly and the Guardian.

There is evening shows every Tuesday-Saturday, beginning at 8pm. Then every Wednesday, Saturday and Sunday they also have a matinee which begins at 2:30pm.