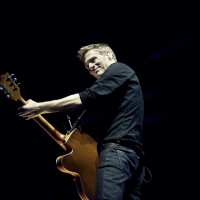 When it comes to Canadian Rock stars they come no bigger than Kingston’s own Bryan Adams and he is coming home to play at the K-Rock center on Saturday, February 21st 2015.

He is on tour to celebrate the 30th anniversary or his hit album “Reckless”.

He will be performing some of the many hits from that album including; Run to You, Heaven, Kids Wanna Rock, Somebody, Summer of ’69 and more.

The Reckless 30th Anniversary Tour is going to be an amazing show that celebrates not only that amazing album but one of Canada’s biggest rock stars who just happens to be one of our own!

Get your tickets early as this will be a sold out show.