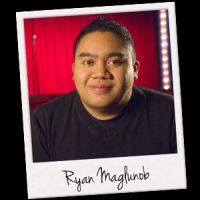 From September 2nd through September 5th, Absolute Comedy Club will have Ryan Maglunob as the headliner.

Maglunob will be performing at Absolute Comedy in Kingston following appearances in both Toronto and Ottawa. Maglunob compares his jokes to grenades – it takes a few seconds for them to land and go off – but when they do, it’s an explosion of laughter.

Maglunob is from Toronto originally.

It’s $6-$15 depending on the night, and you are able to do dinner and a show. See the Absolute Comedy club website linked below for all those details.