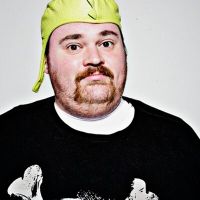 It’s fair to say K.Trevor Wilson was practically born into the entertainment world. As a child actor initially who played in the likes of Goosebumps, his transition into stand up comedy was a great one for him.

He has headlined shows all over Canada, and is an impressive two time winner at the Toronto Comedy Brawl. He’s also opened for, and worked with people like Brent Butt, Louis CK and Patton Oswalt.

K. Trevor Wilson will be the headliner for August 12th-15th at Absolute Comedy Club. The MC will be Darryl Purvis who has had his own comedy special, and often shows up on The Laugh Resort.

There are dinner and show packages available. Tickets are $6-$15 dependent on the evening that you go. Saturday show is 8pm, all the others are 8:30pm.