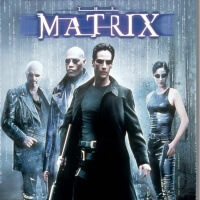 The Cinematica Classic series continues with a look at five films from the Wachowskis.

The Matrix (1999)
Friday November 8 @ 9:30pm
A computer hacker learns from mysterious rebels about the true nature of his reality and his role in the war against its controllers.
Part of the series The Wachowskis: A Five Film Selectrospective.
First film in The Matrix Trilogy.

The Matrix Reloaded (2003)
Friday November 15 @ 9:30pm
Neo and the rebel leaders estimate they have 72 hours until 250,000 probes discover Zion and destroy it and its inhabitants. Neo must decide how he can save Trinity from a dark fate in his dreams.

The Matrix Revolutions (2003)
Friday November 22 @ 9:30pm
The human city of Zion defends itself against the massive invasion of the machines as Neo fights to end the war at another front while also opposing the rogue Agent Smith.

Speed Racer (2008)
Friday November 29 @ 9:30pm
A young driver aspires to be champion of the racing world with the help of his family and his high-tech Mach 5 automobile.

Cloud Atlas (2012)
Friday December 6 @ 9:30pm
An exploration of how the actions of individual lives impact one another in the past, present and future, as one soul is shaped from a killer into a hero, and an act of kindness ripples across centuries to inspire a revolution.